We try a unique approach to personal training at Union Fitness. We don’t have trainers walking the floor trying to sell you things you don’t need. Instead, we first assess each client’s physical health and wellness, fitness background, and goals. Then we pair that individual with one of our trainers that is best suited to help the client reach their goals in the most efficient way possible.

Most clients are just searching for motivation, accountability, or knowledge. They want to lose weight, strengthen nagging injuries, or just get back into the swing of things at the gym. But we’ve also successfully trained clients to improve their hobbies inside and outside of the gym including downhill bicycle racing, marathons, powerlifting, and olympic weightlifting. 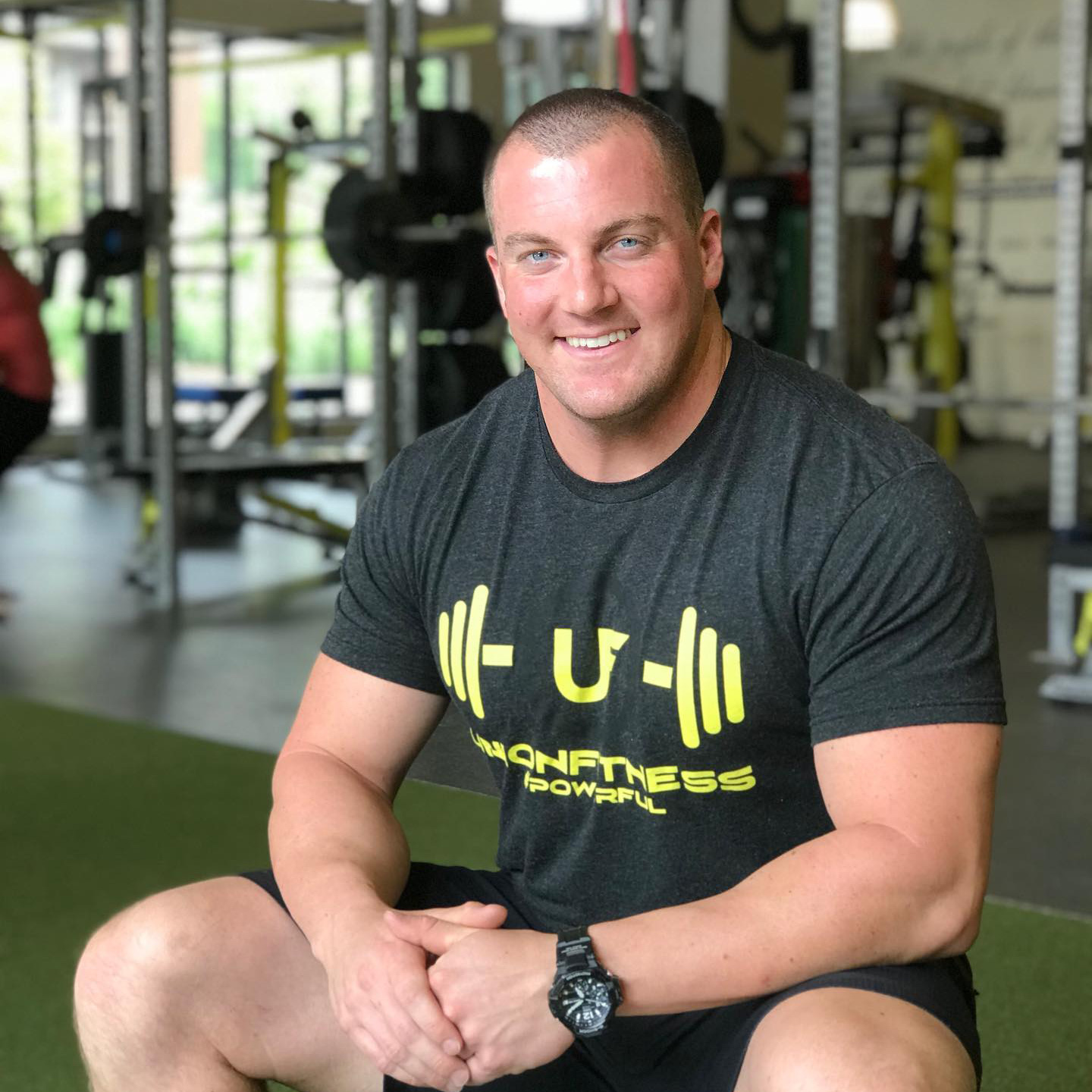 Curtis was born and raised in a small town on Maryland’s Eastern Shore. His passion for health and fitness began at a young age through his love of Baseball and Soccer. It was through those sports that he was introduced to training and strength & conditioning. He carried this passion through college as he pursued his Bachelor of Science through Salisbury University in the spring of 2014 where he received his degree in Exercise Science and Athletic Coaching. He is also a Certified Strength and Conditioning Specialist through the National Strength & Conditioning Association. Curtis’ experience in the health and fitness industry includes personal training, physical therapy, and rehabilitation, as well as athletic strength and conditioning. He now continues that passion through powerlifting, where he has achieved an Elite total in multiple classes. Through his experiences within the sport, he is able to gain a deeper understanding of the areas of program design, form and technique, mobility, and proper recovery, in order to further benefit clients and members. As an employee of Union Fitness, Curtis’ mission is to help each individual achieve their personal goals through his passion, knowledge, dedication, and encouragement. 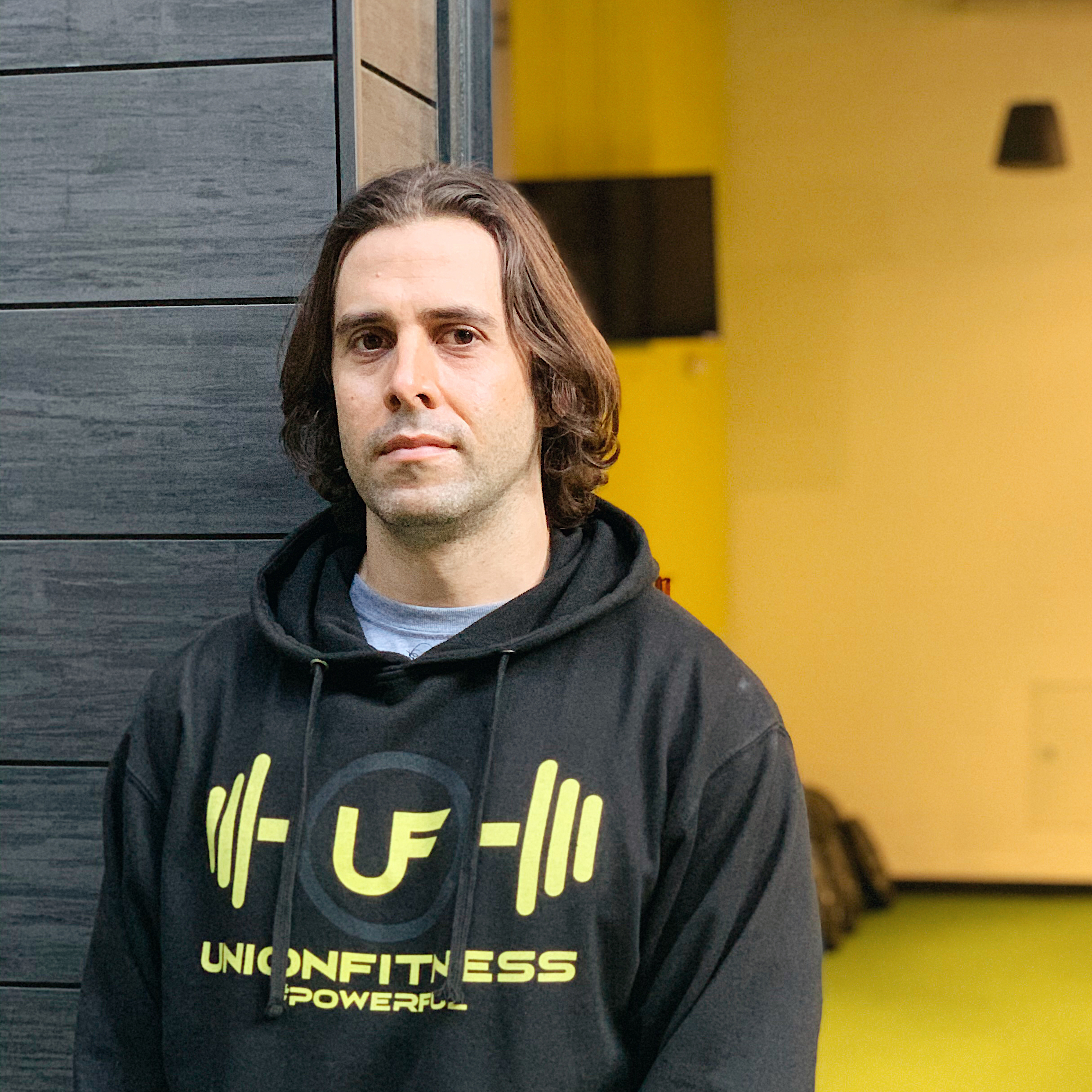 Ethan has been involved in the field of strength & conditioning for close to a decade now. While studying exercise science at the University of Pittsburgh, he spent many hours working under coaches at the colligate level. Ethan has also worked in the private sector giving him the opportunity to experience a broad spectrum of athletes from high school to Division 1 and even up to the professional level. Ethan has two highly respected certifications including certified strength and conditioning special (CSCS) through the National Strength and Conditioning Association (NSCA) as well as a certification in USA Weightlifting Level 2 Coach. Currently, he is the strength coach for the Carnegie Mellon football program. And in working with clients at Union Fitness, he uses his background in multiple sports and disciplines to help each client reach their goals.

Fawn attended the University of Florida where she competed on the Track and Field Team as a Javelin Thrower. She was 2 time SEC Champion and the 2014 National Champion. Fawn also competed on 3 USA Track and Field teams and qualified for the Olympic Trials 3 times. After retiring from Javelin, she decided to take an internship at Robert Morris University under Todd Hamer. The internship included running workouts for male and female student-athletes of all sports, but spent the most time with women’s soccer, softball and volleyball. She has a passion for Olympic Weightlifting so don’t be surprised if you catch her in the Strength Lab with a couple hundred pounds over her head. 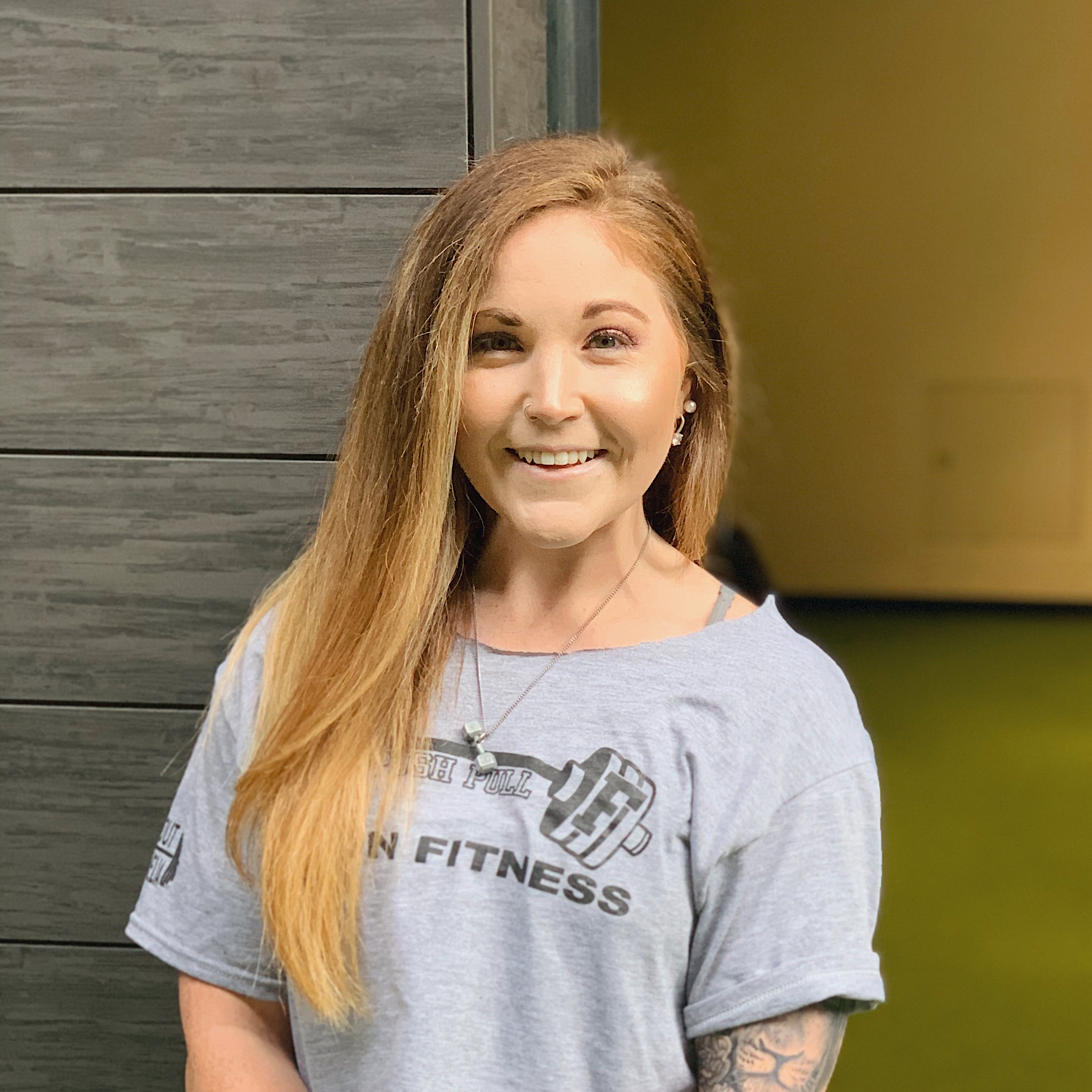 Cayt is from the Pittsburgh area and came to UF with degrees in Kinesiology and Management from Slippery Rock University. She then attended Pittsburgh School of Massage Therapy where she earned her Massage Therapy license in 2019. She works at Union Fitness as a personal trainer, cardio lab coach, and one of our Massage Therapists. Within her own athletic endeavors, she swam competitively for 14 years, competed in powerlifting for 3 years, and now enjoys staying active in a variety of ways. She has a passion for beginners to personal training, creative bootcamp style cardio lab classes, and using Massage Therapy to help people return back to their passions. Outside of our gym walls you can find her cooking and baking a lot of food or hiking around the Pittsburgh and northern West Virginia areas. 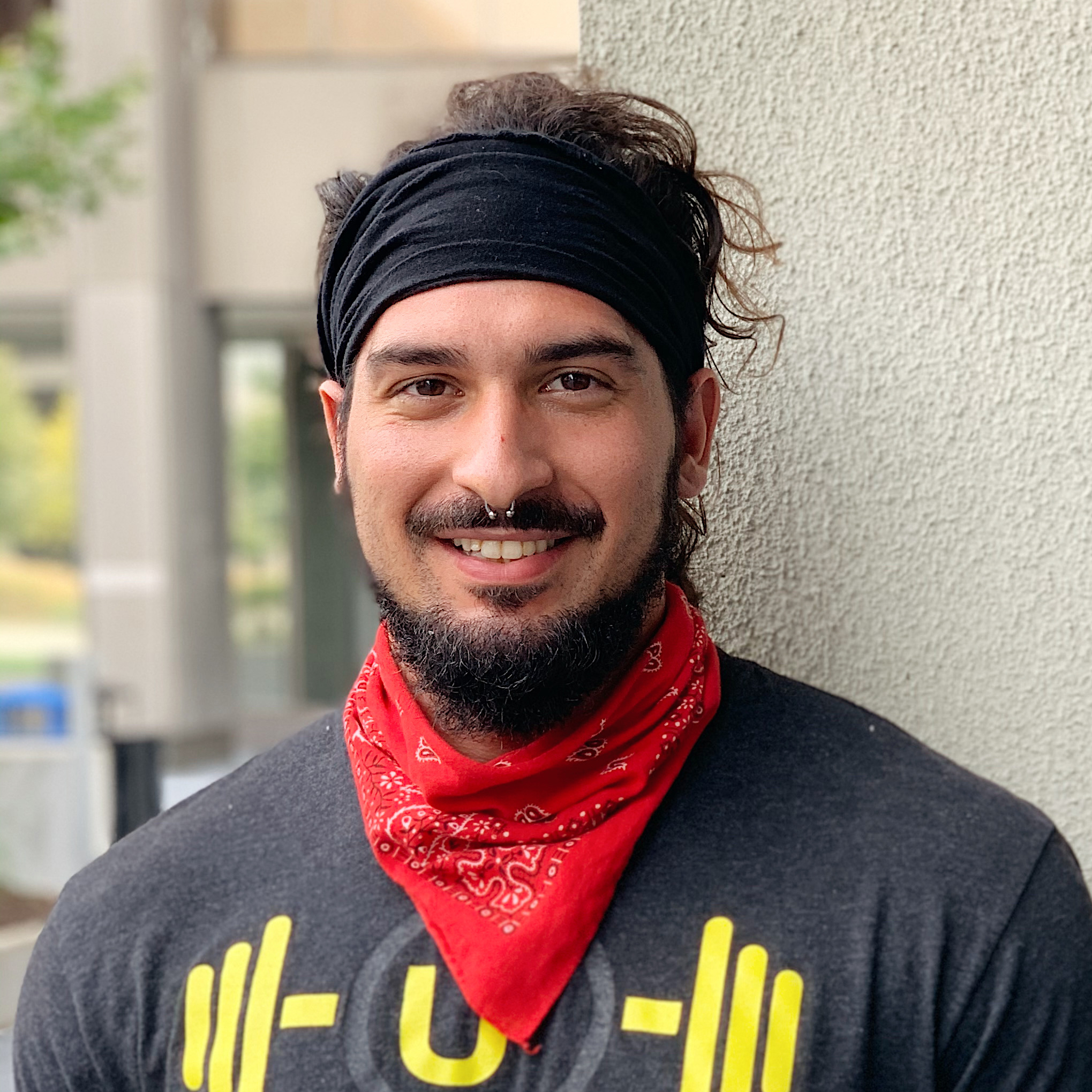 CJ is a Pittsburgh area native who attended Blackhawk High School where he played football. In his first few years of college, he attended Duquesne where he competed on the men’s rowing team. He then went to Slippery Rock University to finish his degree and became a student strength coach for football and women’s basketball. After graduating with a Bachelor of Science in Exercise Science he interned with Ohio State Football and Robert Morris University. After his intern stints, he worked as a strength and conditioning coach with the New York Mets organization, Morehead State and Youngstown State. During his time at YSU he was a member of the coaching staff the took the football team to the 2017 National Championship game. In 2016 CJ got his Master’s degree in wellness promotion from Morehead. He is also a Certified Strength & Conditioning Specialist through the NSCA. CJ is passionate about training athletes, youth, weekend warriors and anyone looking to live well. 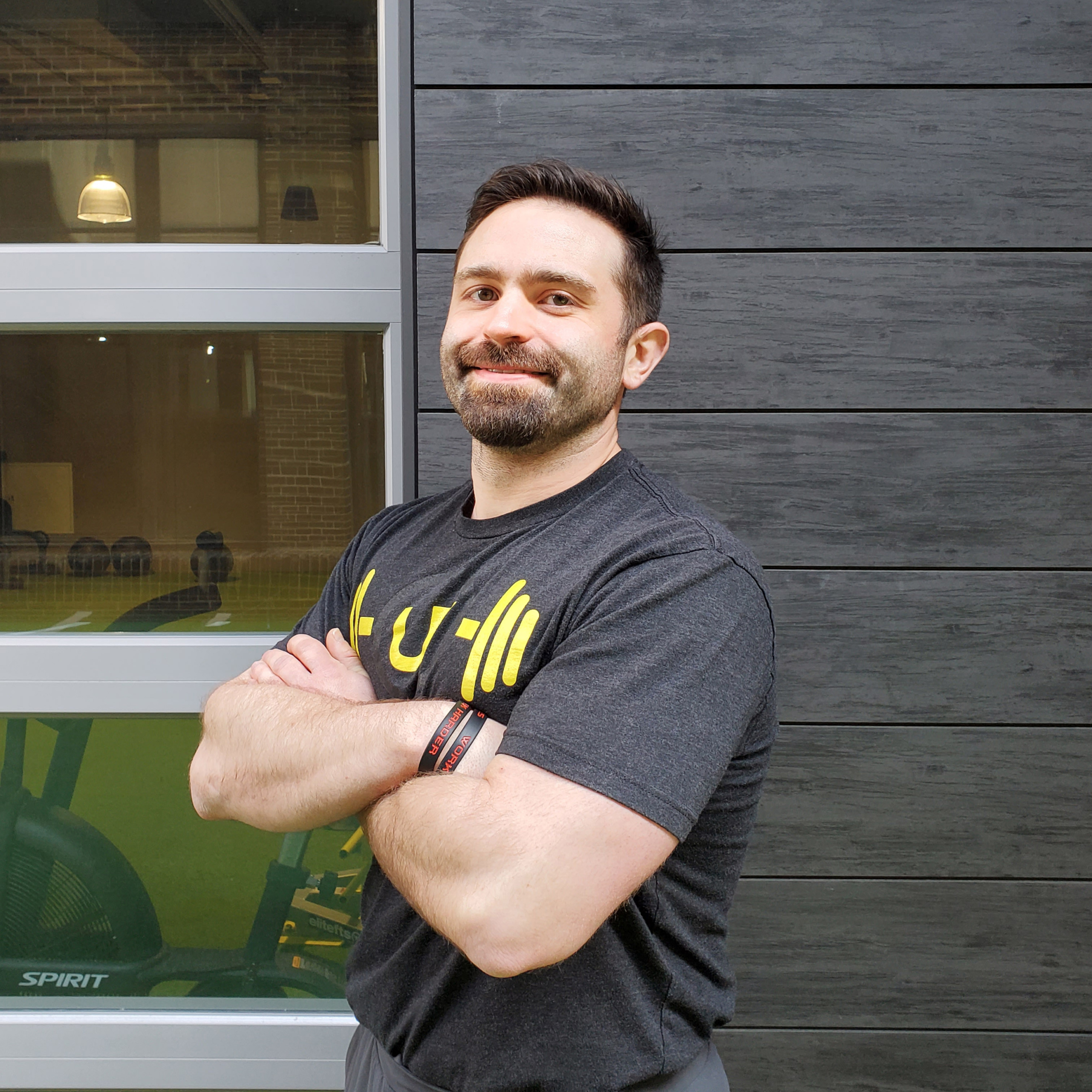 David is an Ohio native. He spent his college years at The Ohio State University and Ohio University where he graduated with a Bachelor’s in Health Administration in 2012. After spending a few years in Healthcare, he pressed the reset button and pursued his passion in coaching. He started as an assistant football and strength coach at Lexington Catholic High School in Lexington, KY for almost 2 years before earning an internship position at the University of Akron. After 6 months with the football program, he moved onto the University of Maryland, where he also spent 6 months as an intern. After leaving Maryland he had a short stint with Ignition APG based out of Cincinnati, OH before going back to the University of Akron as an Assistant Strength Coach. After the 2018 season, he moved to Pittsburgh and worked with Terry Grossetti of Grossetti Performance and assisted with NFL Draft Prep, and eventually moved on to be the Head Strength Coach for a gym locally here in Pittsburgh. He joined Union Fitness after the first shutdown ended in 2020. David is a Certified Strength and Conditioning Specialist through the NSCA and finished his Masters in Strength & Conditioning in January 2021 through LaGrange College, GA. Dave loves working with anyone who is looking to better themselves but his passion is working with athletes and youth.