It’s Never Too Late To Become An Olympic Weightlifter 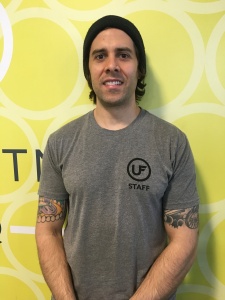 In the last few years, with the explosion of CrossFit and social media, the sport of Olympic weight lifting has grown in popularity, seeing its USA weightlifting membership numbers more than double since the 2012 Olympic games.  Despite the sport of weightlifting being around for over a century, it has been a relatively unknown sport in the United States. Meanwhile in Europe, it has been a sport that has been taught to youth athletes for years.  In countries such as Iran and China, it is one of the most popular sports. Just like any sport, weightlifting takes years of training and practice to master the two competition lifts: the Snatch and Clean & Jerk. For many of the top weightlifters in the world, they will have up to a decade of experience by the time they reach their early 20’s. Does this mean that it is too late for you to start? What I plan to discuss is how even though you didn’t start when you were 12 years old, it is never too late to become an Olympic weightlifter!

Over the past several months I have been working with a client who came to the gym looking to compete in his first Olympic weightlifting meet next year at the age of 44. He had no previous experience with the lifts and was a novice to general strength training. In the 4 months that we have been working together the main focuses have been building general strength, teaching technique and improving his mobility. His dedication inside the gym during our training sessions and outside of the gym on his own time has, in my opinion, greatly helped his progress. With each week, I have seen great improvements in his technique and there is no doubt in my mind that he won’t be ready for his first competition 8 months from now.

Even though you may be in your 30’s, 40’s or even older does not mean it is too late to become a weight lifter. What it does mean is that you may just need to start from a different point in your training. One of the first things to take into consideration when starting this sport is your training age and the number of years you’ve trained. Olympic weightlifting requires a strong base of general strength, but even if you have never lifted weights in your life doesn’t mean this sport is not for you. It does mean that your training will just require a few more steps to build a solid foundation. On the flip side of things, just because you have been picking up heavy things and putting them down for a long time doesn’t mean you’ll be a gold medalist on day one. If you aren’t able to touch your toes, then you will have a lot of work to do on the opposite side of the spectrum.

There are a lot of perks to coming into the sport with very little experience weightlifting or even without an athletic background at all.  Starting from ground zero is great because the coach will not have the athlete bringing in preconceived notions about the sport, no bad habits and no old sports injuries to deal with. Being a clean slate can be a good thing! This type of athlete may just need a bit more general training and variety of exercises to build a solid foundation. Laying the groundwork here, despite sounding tedious and not too exciting will only pay off more in the long run of athletic development. Building strength will not only help in lifting more weight but also help the body become more durable and able to reduce the risk of injury.

Now lets look at the veteran of the weight room. You squat 400 lbs, deadlift a house and can bench press your car. This foundation of strength is more than enough to be a competitive weight lifter, however you can’t stick your arms overhead straight enough to snatch or clean and jerk. Does this mean this sport is not meant for you? Certainly not, you will just need to take more time to work on your mobility in order to complete the competition lifts. Again, the mobility work may not be the most exciting of training to do however in the long run it will pay off more than you could imagine.

So you’ve spent the time to learn the snatch and clean & jerk, your strength is great and mobility is there so what’s next?  Are you ready to compete? In the USA Weightlifting Federation there are masters weight classes up in to the 70’s! Starting at the age of 35, and every 5 years after, there is a new masters division for the standard weight classes ranging from local competitions to nationals all the way up to worlds for both men and women. Competing in Olympic weightlifting is a true test of not only your physical preparation but also your mental toughness where months of repetitions, sweat and time in the gym manifests into just 6 competition attempts.

As a closing statement I would just like to say this: the sport of Olympic Weightlifting is a great sport that has unfortunately remained in the shadows of athletics in the United Sates for years. Despite it now just emerging more in popularity doesn’t mean that it is a sport only for the young guns. Weightlifting is a sport that has much to give to people of any age or background, as long as their goals and expectations are within the reasonable realm. However, this is not meant to imply no one can have a high level of success in the sport in his or her later years. I would like to wrap things up with a short story about a friend of mine who came into the sport in his mid 30’s through a few years of Crossfit. With a good strength foundation and dedication he was able to win the master’s US Nationals in his weight class and even moved on to compete at the International World Master’s finals in Italy. With commitment and effort not only can Olympic weightlifting help you build strength and health but potentially give you much more!