On June 30th, Union Fitness hosted it’s first powerlifting meet. As always, we have to be a little “extra,” so we moved this thing outdoors on the plaza. Nova Place has spent a lot of time and money turning the space from a cold gray cement desert, to a green and welcoming space. So we wanted to take advantage of that, and the nice summer weather in Pittsburgh.

We sold this meet out ahead of time and fortunately, 14 of our members were able to compete. There were so many highs for our members that I won’t be able to touch on them all. And incredibly, very few ‘lows,’ even with a handful of first timers. What this tells me is twofold:

At minimum, they spent eight weeks getting their minds and bodies ready to perform at their best on June 30th. Some of our members took up to sixteen weeks for the process. That’s a lot of effort to go into a one day competition (and really not even a full day).

Catlyn Brooke, Robyn Greer, and Zach Zidian all competed for the first time on June 30th. It takes a lot of “cajones” to step on the platform in front of friends, family, and strangers to perform your lifts and be judged by the United States Powerlifting Association’s criteria. They all did it with smiles, laughs, and stone cold performances. Kudos ladies and gent.

Bill Henderson, Larry O’Donnell, and Justin Zak all competed for the second time. These guys have plenty of potential- they just need some more time under the bar. I’m excited to watch their progress through this journey.

Alex Pong, a UF intern and part of the Pitt powerlifting team, had an inspiring day. She hit some big PR’s and everyone could tell she had fun doing it! This was her first meet away from the USAPL (a different powerlifting federation) and her first meet wearing knee wraps. Despite trying some new plans during her meet prep, she executed perfectly!

Yessica Martinez came up just shy of her best total, even with two missed lifts. She’s still hitting her stride as a lifter and will add to her total quickly at her next meet.

Casey Clark had a great meet prep and it just didn’t pan out on the platform. She is a STRONG lady and will come back from this one even better. I admire how she handles herself through success and failure. If you compete in this sport long enough, you’ll experience both ends of the spectrum and it takes class to take your lumps on the bad days. Keep trucking Case!

Geno McCourt, Cody Nyegarrd, Morgan Simon, and Stew Snyder all had solid days. The interesting part is that aside from training partners Cody and Morgan, they all train completely differently, but they own it. They come to UF day in and day out, ask great questions, and execute their plans. They’re not new to the platform and they’re all finding ways to make progress. Congrats gents.

Marco Rigazio, a former personal trainer at UF, and Steve Buccilli are two of our elders. I say that jokingly because I know neither would take it as a knock. These guys have been working their asses off for YEARS trying to get stronger. I’m proud of them not only for their success at this meet, but their resolve in getting there. Injuries are a given once you get to their age. Nothing is guaranteed, not even the ability to train at any given time. They kept their heads about them and both had some really gutsy lifts including a huge squat and deadlift that would make anyone pass out!

Finally, Curtis Miller won best lifter. Curtis is a member by default. He comes up every month or so to train with us on the weekends. To put it simply- he had a great meet, but he has much more in the tank. He’ll be an elite lifter in the coming years.

In closing, I want to personally thank my friends, the Union Fitness staff (you guys are troopers), the USPA judges, Doug and Candi Nostrant, and the lifters including their supporting cast of friends and family for making the event what it was. Our community shined through with all of your help and support and I wouldn’t trade it for the world.

Our next meet is just around the corner- join us September 22nd for the Iron City Pro/Am. What’s the Pro/Am mean? It means we’re giving away over $2000 in cash along with plenty of prizes from our sponsors. Don’t miss out on the last outdoor meet of the year! 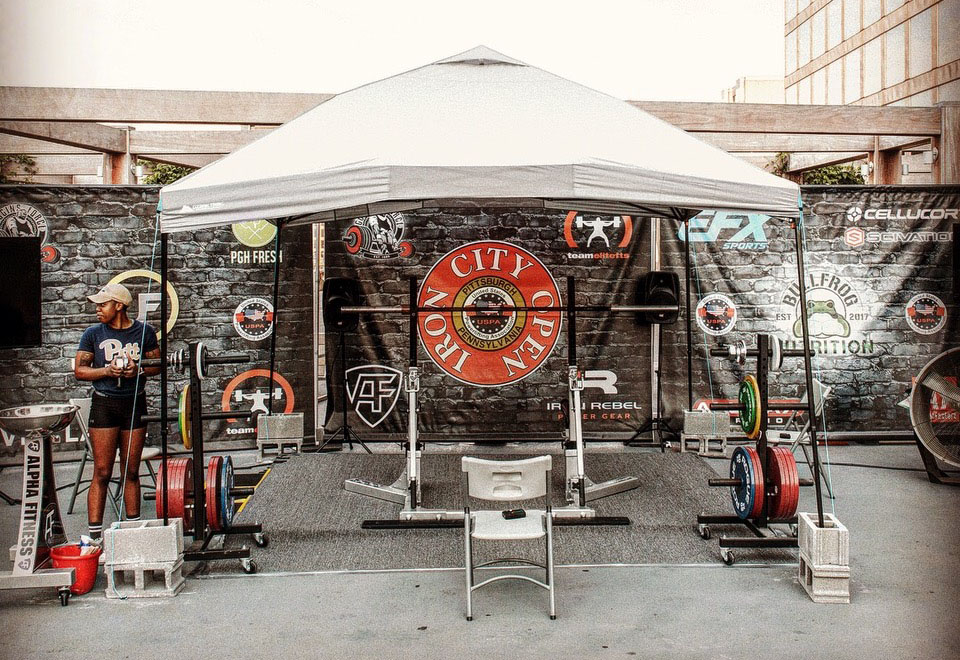